” Their practice takes place in the ’flesh’ of their hometown – Yilan, and they keep diagnosing its spots of illness and working out architectural cures to heal the wounds that have emerged through time and careless life. In addition to the physical cityscape, their architecture also helps to heal the collective memory, imagination and identity of the unknown citizen of the City, ´the little man´, the architects’ real client, in the view of Alvar Aalto, the Finnish master architect.” 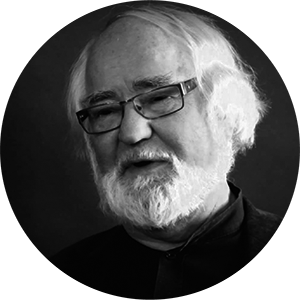 Concomitantly residents and experts, who have chosen Yilan, Taiwan, as their home, because of the unprecedented opportunity to effectively apply their energies, invigorating them to be freed from constraints and anxieties and to focus with confidence on their own living inspiration to innovation as they strive to build their imaginary eco-paradise of interconnected life throughout the villages and countryside of Yilan where there is no central theme and no urgency in demanding that future development should conform to a fixed and inflexible master plan, but that with enough nutritional energy inputs, it is possible to see the wildest of dreams come to fruition, and connection, and creation, as organic architecture branches forth and spreads roots deep in the living communities, to envelop limitless creative vistas of potential in a living web and tree of life.

Interviewd by Chen-Yu Chiu.
The article “Architecture for People; Two architects from Taiwan” was published in Arkkitehti – Finnish Architectural Review 6/2015.

Sheng-Yuan Huang (b. 1963) started his architecture studies at Tunghai University near Taichung City, Taiwan, and received his Master’s degree in 1991 from Yale University in America. During his years in the United States he worked in architect Eric Owen Moss’ office and held a teaching position. Since his return to Taiwan in the 1990s, Huang has lived and worked in Yilan, a city of about half a million inhabitants in north-eastern Taiwan, where he founded his office, Fieldoffice Architects, and where all his major works may be found as well.

You operated for quite some time in the US but nevertheless established your studio in Taiwan. Why Yilan?
When I was young, Taiwan was under the strict governance of martial law. I was part of the generation who was seeking freedom to live a life without lies. That was my main motivation for going to study abroad. My experiences in the US seemed to nurture my individuality and encourage me to be different yet part of the society. When working for architect Eric Owen Moss in California I had the chance to meet different architecture personalities such as Frank Gehry and Wolf D. Prix of Coop Himmelb(l)au. These experiences made me realise the distance from my family, friends and the soil of Taiwan. I also realised that these things related to Taiwan became the foundation for me feeling the “reality” of everyday life as well as the “freedom” of my profession.

In Yilan, the society is very equal. People’s attitudes are quite different from those of the people living in Taipei, the capital city of Taiwan, in particular. In Yilan people talk and listen to each other regardless of their social status or profession. People in Yilan seem to have a better understanding of the word “equality” and they have more patience to share their thoughts about everyday life. Every year Yilan faces the harsh winter monsoon and the summer cyclones. Houses are destroyed and then rebuilt. Surviving is a crucial issue and collaboration is the key. This seems to nurture the general attitude of the Yilanese.

In your opinion what are the most important aspects of architecture?
To me practicing architecture is like an endless process of adding layers of human knowledge one by one. It forms a solid foundation for us to connect everything in our life and to make everything related. It makes our life an unseparated whole and closer to “reality”. Thus, we can find and appreciate the positive side of life and society. This allows us to keep and enlarge the good and right and prevents us from doing wrong and destroying.

Is it correct to say that your work doesn’t emphasise any personal architectural style?
I think that through formulating an articulated personal or artistic style, an architect’s work is easily recognisable both by the public and by fellow architects. However, this so-called “style” will as easily be forgotten.

Our work may be recognised as Fieldoffice architecture in East Asia, but not because of an artistic style but rather for the attitude. Jokes have been made on us saying: “They always make their projects very complicated, relating to endless issues and concerns, and this makes most of them look unfinished. That’s why their way of practicing architecture is like fighting on a battlefield.” Indeed, sometimes we are the trouble-makers challenging the existing limits of the profession because in our opinion there should be no boundaries in the field of architecture.

What are your methods of teaching architecture?
There is a delicate difference between education and reality. The students should be somewhat protected against the harshness of the real world. I always consider how much “reality” we should put into education. Sometimes the realities may become a tool to correct some pure ideological discussions and ambitious theories in the classroom.

Every summer our office takes many interns. We live, eat, play and work together. I believe that the young students, my staff and myself should be equal. That’s how we can inspire and encourage each other and that’s the meaning of teaching to me.

You have been commissioned many public projects by the Yilan county government. Why haven’t you, unlike most Taiwanese architects, undertaken residential projects initiated by developers?
I have never participated in any real estate developer’s projects. In my opinion the housing situation in Taiwan is quite unfair. Most people buy a house from a developer and end up spending their life savings on an extremely expensive house of very low quality. I don’t want to partner with these developers and I don’t want to work for them. I know it is the common way for an architect in Taiwan to earn their living but freedom and the reality of life are much more important to me. I want to be treated equally. I don’t want to be subjected to developers and money.

For me, Yilan is the right place to live and work. Yilan’s power structure is transparent and less corrupt. We seem to have fair architectural competitions more than anywhere else in Taiwan. In many of our projects the client is the Yilan county government. After the project is completed, we in turn become clients of the county government. I enjoy this process of shifting positions because it demonstrates how we should treat everyone equally and show respect to each other. Through amplifying the idea of “equality” and “respect” I can see our work playing a positive role in the process of making Yilan a better place to live.

What would be your dream project?
I believe that in our everyday practice we already are, little by little, approaching our dream project. We try to find and amplify the advantages of Yilan. We also aim at saving the best of this town and protecting it. The process is slow and gentle, but it doesn’t mean the dream cannot be realised. The final status of our dream project is unpredictable because the boundaries of our architectural work cannot be clearly defined and the power of human knowledge is unlimited.